Critter Crush is an addicting 3D cartoon shooter that is sure to entertain. Hunt eleven different animals, including game such as deer/bear/duck along with more silly targets such as cow/sheep/chickens. Just make sure to avoid shooting the occasional car and truck crossing! Critter Crush will take you across twelve unique levels, each with increasing difficulty where more animals cross the screen faster and with more hit points and obstructions. Ten unique weapons are included, each advantageous in certain situations. Use the rifle to save ammo and pick off far away targets, the flame thrower for close and hard to kill animals, the shotgun for pesky flying birds, grenades for when things become overwhelming, and many more. Critter Crush is the sequel to Barnyard Blaster, a classic which has been downloaded over 100,000 times. Best of all, Critter Crush is free to download and play! (In-App Purchases available to unlock more content and remove advertisements). Also included with Critter Crush is a custom soundtrack, local and online best rounds and achievements (Game Center), and much more! Play on your iPhone, iPad, iPod Touch, or Mac today! 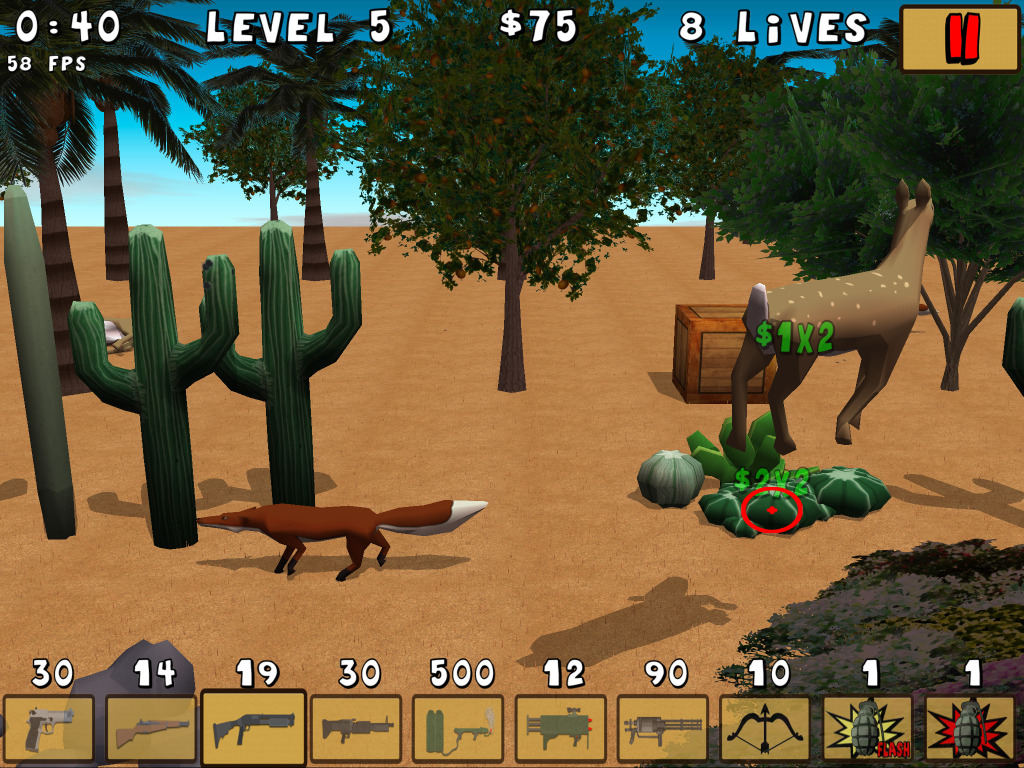 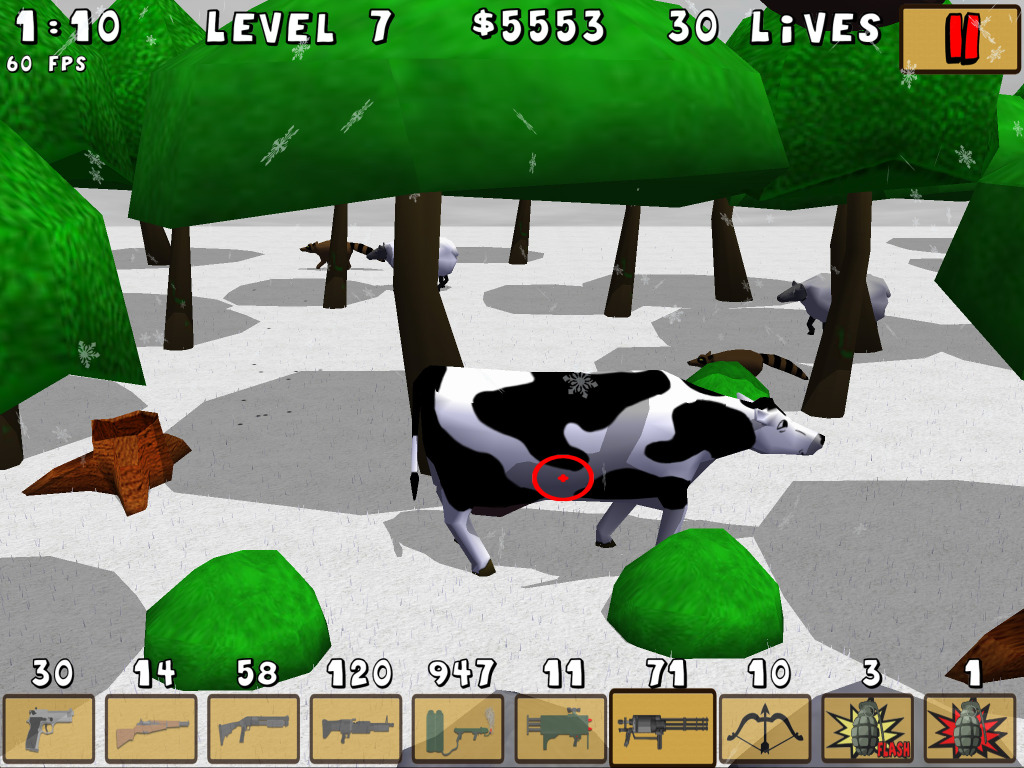 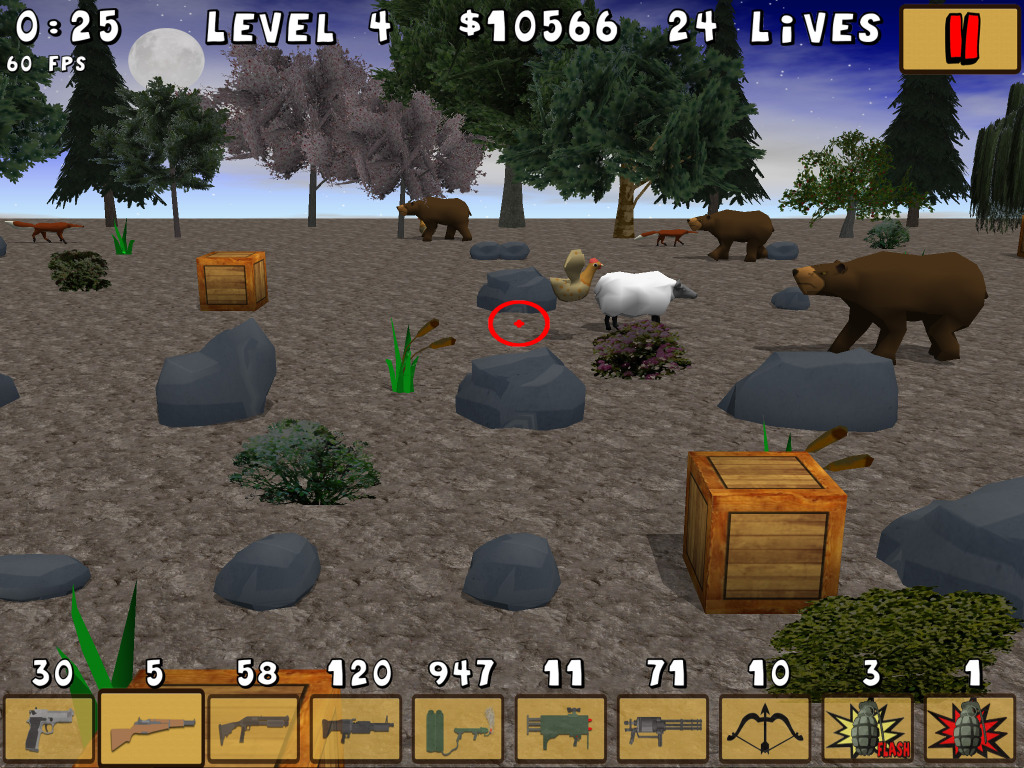